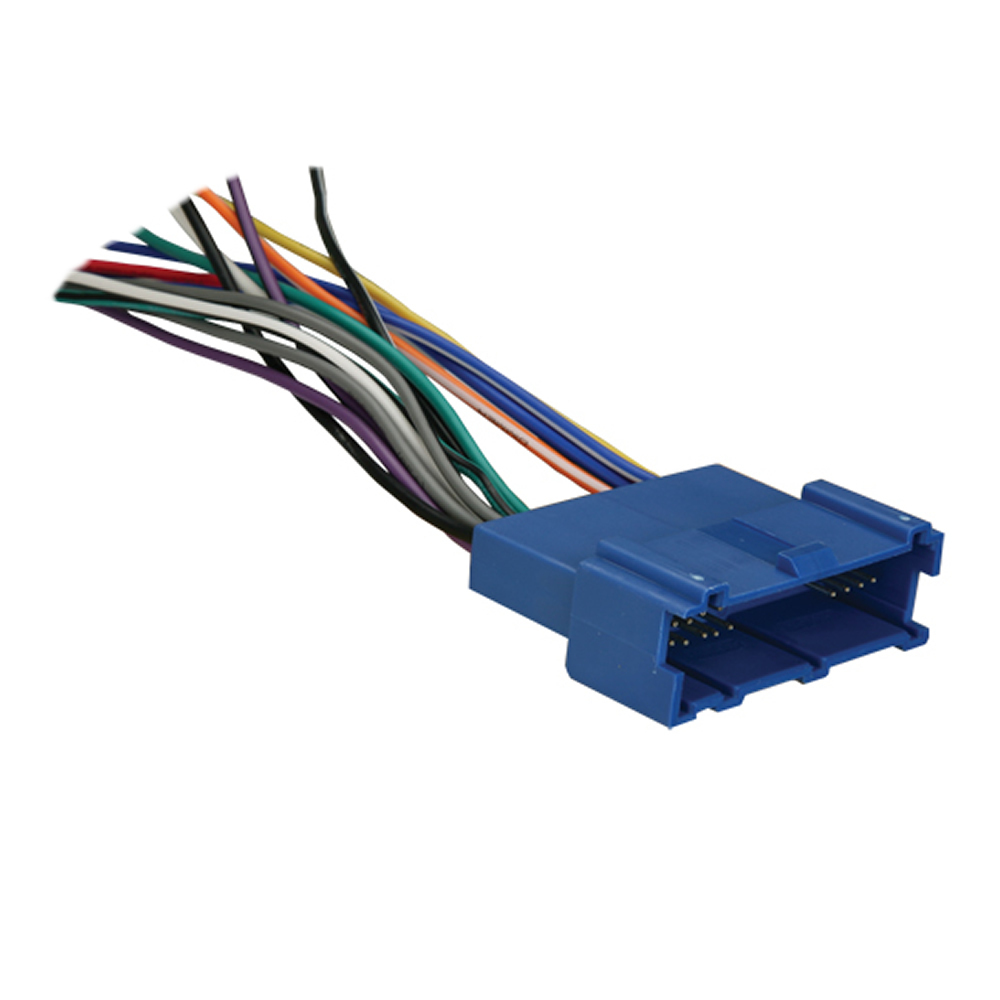 Install a new car radio faster with this wiring harness that plugs right into the vehicle's connectors, allowing you to hook up the radio into the vehicle's electrical system. On one side, the wiring harness is color-coded with wires that you'll connect or solder into the aftermarket radio/receiver. The other side has a vehicle-specific adapter that connects directly into the original radio connectors for a quicker installation without having to cut each of the wires.

Keep in mind that you may need additional parts to complete your installation, including a dash kit, antenna adapter, and, depending on your vehicle, a special interface adapter to retain audio controls on your steering wheel or other important vehicle functions like navigation, video, and more. Look up your vehicle for more information.

None at this time

Wiring diagram for adding an amplifier & speakers to your ride